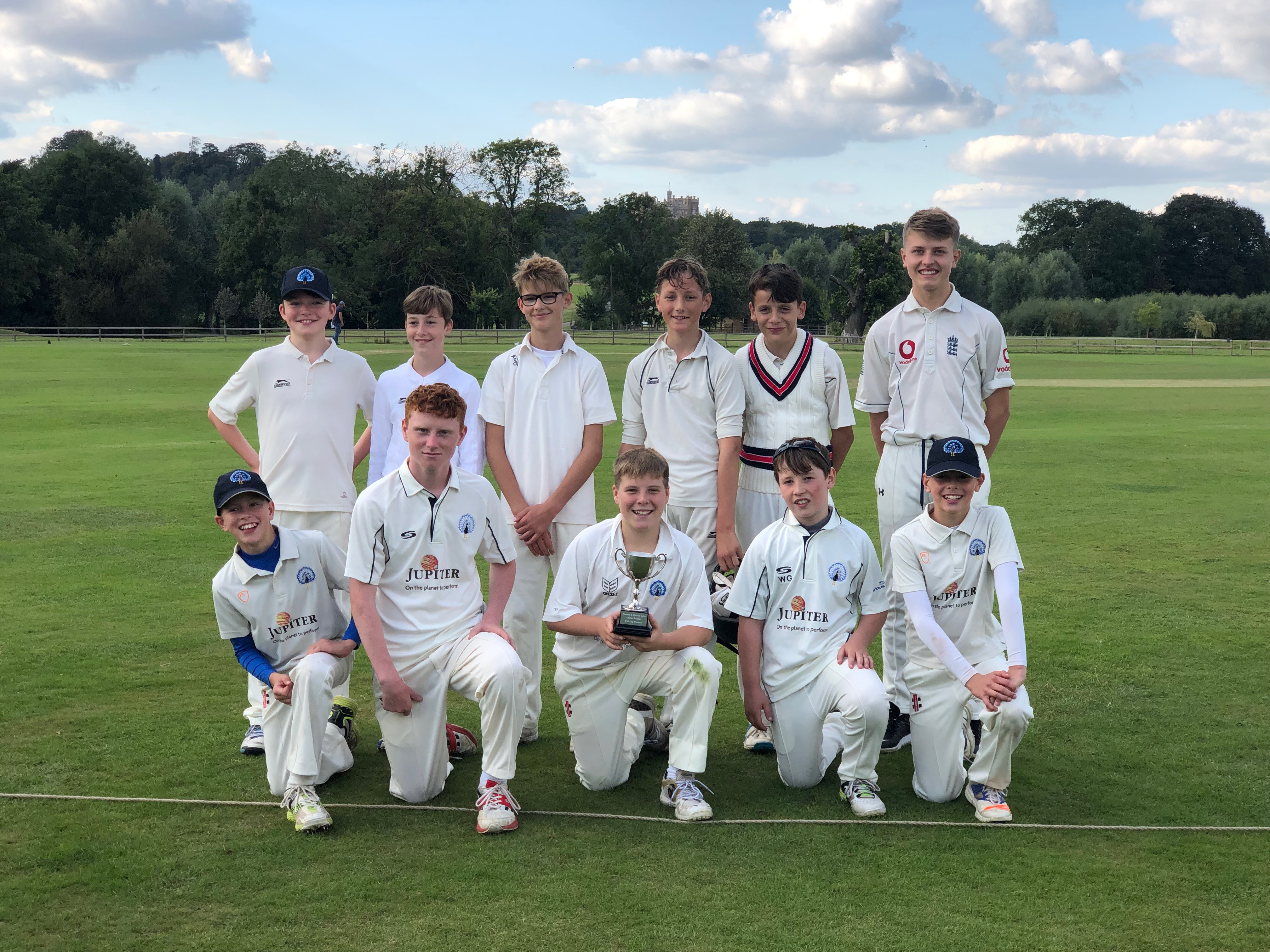 Both finals were contested by Belvoir vs Caythorpe (Notts) with the U11s final starting first at 10.30.

Belvoir batted first in the 8 per side “pairs” format and despite some strong hitting and excellent running between the wickets, suffered too many dismissals and up with a net score of 226. Caythorpe got off to a strong start and were soon ahead of the rate. Some tight bowling and a flurry of wickets gave the home side a glimmer of hope but it was not to be with Caythorpe finishing as the deserved winners of the trophy.

The U13s final commenced at 2.30 with the hosts once again batting first.. Captain Will Creed and Thomas Thornton opened up for Belvoir and started building a solid platform with some judicious strokeplay and sharp running between the wickets. Will retired on 37* which brought Jack Hall to the crease. Jack didn’t hang about and quickly bludgeoned 35* from just 12 scoring strokes, including consecutive 6’s over midwicket, before he also had to retire. Meanwhile Thomas Thornton was playing the anchor role until he also went to retirement (36*) with a massive 6 over square leg. A final over cameo from keeper Arthur Ridout (9*) saw belvoir close on 129-0 off their 18 overs.

When Caythorpe replied they were soon in trouble as the nagging accuracy of Oscar Baxter (3-0-14-2) picked up both openers, one bowled and one caught behind by Arthur.

A superb running catch in the deep by skipper Will Creed off the excellent leg spin of Alfie White sent the visitors most dangerous batsman Park, back to the pavilion before Jack Hall (2-2-0-2) ripped through the middle order with some quick left arm inswingers.

All the outfield players had a bowl with the tail being mopped up by Will Thornton, Gus Hagger and Zac Atkins. Caythorpe finishing on 67 all out leaving Will Creed to collect the trophy as Belvoir won by 62 runs.